IMPORTANT!: I understand that there are many players dead set against Dark Rebirth due to their feelings of how Ateam is running DS. But that is a separate thread. Let's please keep it that way. This thread is for serious reviews, good or bad, of Dark Rebirth. Thank you all for your understanding & cooperation!

Still in its infancy, Dark Rebirth is part Dark Summoner in 3D & part new original 3D game. Quests are much more interactive. Still only requiring 1 finger to progress through the quests, it now requires much more strategy and decision-making. Pick an ally to have their form leader assist you in quest battles. Monsters can have up to 3 skills. Even C monsters can have skills. No sos needed to gain skills. Sac a skilled monster & their skill may transfer to your monster. Free soul points each day for a limited time by posting to FB & Twitter. There's even soul points offered as a login gift.

Because smiley freaks are sexy!

Dark Rebirth is garbage. 95% Dark Summoner and 5% rotten eggs mixed with roadkill. It is a failure and no one cares about how much you like it. Other threads about it had 'serious' reviews and ALL of them were bad apart from your drivel. If you don't like other players' reviews.. too bad. Creating 10 more threads will not change anything. Feelings on how G Team is running DS should be 100% considered when reviewing the excrement that is Rebirth as they directly reflect how G Team will run Rebirth. They should not be part of a separate thread no matter how much you want them to be. Again.. if you don't like that.. too bad.

There are also nearly 300 1 star reviews in the Google Play Store alone and it has a pathetic rating of 2.3 at the moment with the amount of downloads shrinking daily (after everyone got their free ep).
~~~~~~~~~~~~~~~~~~~~~~~~
Want to join the top clan on the forum? Take a look at us: ADRENALINE RUSH.
Multiple top 500 Event Rankers in the clan.

Honestly I'm enjoying it.  I do wish that it had been released with fully function trading/gifting/auctions, but other than that, and the download/login problems that people encountered, I feel it is pretty decent.

At this moment, Dark Rebirth really is 1 star product.  Especially if you compare it to Dark Summoner.   It is nowhere near as good as Dark Summoner (even at the current state of Dark Summoner).  There is not much to do in the game yet.   We can not trade, no event to play and after awhile the quest become quite boring.

That being said, I am sure there will be many features added to the game.  I am actually very exciting about seeing how the game will progress.   This is my first game that I played from day 1 so I'll continue to play and monitor the game progress.   Features that I really like are how easily we can add new skills to cards and each card has 3 skills.  Also we can farm a specific skill by doing quest that would drop those skill.   The thing that I really hate is how slow start up time is.

Not really sure why this thread is open when the other one got locked?

As for a review, DR is really such a poorly launched product that it deserves its 1 star. Other than that, its slow both playing and loading. Offers nothing new in terms of artwork, pretty much recycled DS artwork. I'm very wary of starting another GTeam game considering how badly they've messed up DS. Fool me once ...
~~~~~~~~~~~~~~~~~~~~~~~~
* My first +M(20) form back when Victoria was actually rare, the good old days.*

I was the one that started the thread on rating Dark Rebirth 1 star to send a message to A team regarding their changes in Dark Summoner.  But I most likely would have given it 1 star regardless of the changes.  The animations are bad, the load time is terrible, the space it takes up is huge and several players have reported not being able to get past Beelzebub as a boss.  I don't care for that type of game, but it's definitely not as good as Dark Summoner used to be.  I don't know why you're pushing this so hard Jewelguy.  I hope they remove it from the market and trash it.  It's just a distraction from their work on Dark Summoner.  A 1 star review is a solid and accurate review for that game.
~~~~~~~~~~~~~~~~~~~~~~~~
SQUIRRELS DIVIDED
SQUIRRELS UNITED

There's nothing exceptionally different about DR that got me excited. Plain and simple the negatives out way the positives.  If the game gets better I might try it again. But for right now I rated it 1 star in the Android App Store and deleted it.

JewelGuy, if you want to talk about people accurately rating the game, why aren't you going after the people asking for invites?  I would argue they are rating the game a 5 to lure people into joining and getting themselves invite prizes.  But no.  The only people that could possibly be lying about the game are those of us that rated it 1 star...
~~~~~~~~~~~~~~~~~~~~~~~~

Good point hero. Personally I don't like it. If someone else does, great for them.
It's interesting that given the player base of DS, rebirth is only at 10k+ downloads on play store after almost a week if release.
Realistically it is demo quality at best taking into account the lack of levels, clans,trading, or any real interaction.

i play dark rebirth since early beta, well the release version is a bit faster but... the load time are still far too long to my liking and in my opinion the 3d portions doesnt add to the game(only to the load times). that said it is in its infancy and at this point its no way near as good a ds use to be, in other words, its boring without much to do, what little you do get to do, is being hampered by the long loading times. there are some interesting portions to the game though, picking a good(strong) ally in game is actually useful, and combat is more involve than ds, i dont mind that A cards are rare again or that B+ is a normal team. but overall i would rather they just implement the ally thing into ds, and allow prog trading and infinite ticket along with search by trade #.
~~~~~~~~~~~~~~~~~~~~~~~~ 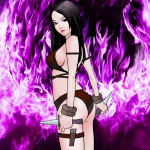 The final nail in the coffin, I will not put any time or money, into a game from a company that basically abandons it's project in the name of greed, so they can put lipstick on a pig.

I could never rate the game more than 1 star based on my experience so far. I would give it 0 if i could. I could not get past the tutorial on my iPod Touch, it kept booting me from the game once i got to the first boss. I got so frustrated I'm not even going to waste time emailing A team for a game I was not impressed with anyway; I just deleted it.

I put this stupid game on my iPad.  It took 10 minutes to download the game on my home Wi-Fi.  I did the quest tutorial.  Waited another 10 minutes to download.  Never touched it ever since.  The quest was quite boring.  Hit arrow, watch it move, then turn, and move some more.  Get to another arrow and same thing.  If I could skip the animation, then it might not be so wasteful.

So if I wanted to do quest type games, I'll get on my game console.

Ok my opinion about DR

Positives:
- I like the addition of the leader of an ally to the party
- Three skills on a monster
- It's fun to see an animation of a boss, in DS it's just a picture.
- Soul point rewards
- Scavenge, this could have potential.
- New skills such as Cleanse (Cure debuffs on your monsters)

Negatives:
- Loading times are way too long
- Extra data downloads take forever
- Frequent force close
- Gameplay boring, just quests that don't look that good
- Chests on minimap but not on screen. minor thing but annoys me, especially since gems are visible
- Leveling so far is way too easy, lvl 54 in 2 days without using a single item
- Skill leveling too easy. Have rush 18 with just singles, no fun in that. just find right skill and in 80% of the times it levels up.
- No ranking rewards in event
- Options missing. No trading, no guilds, no gifting.

Neutral:
- attacking skills (such as chilling touch) have to be activated manually and can only be used once per quest
- skills renamed. DED is now Expose, DEA is cripple and so on

Some G Team ass (Jewelguy is that you? lol) is boosting Rebirth's 5 star reviews on Google Play.. I see a ton (the few that do leave reviews).. only posting a single word. One even says that it is "Not good." But still gives it a 5 star rating. lol. He is also posting lower ratings to try to 'disguise' himself, but obviously making more 5 star reviews. Seems this started around yesterday.. Rebirth has gained ~80 more 5 star reviews in that short time frame.
~~~~~~~~~~~~~~~~~~~~~~~~
Want to join the top clan on the forum? Take a look at us: ADRENALINE RUSH.
Multiple top 500 Event Rankers in the clan.

I'll admit, I was looking forward to playing DR. I started playing DS back in September and back then the veteran players already had a strong foothold with the highest levels, most powerful formations and massive EP/BP reserves. This made it difficult for me to think that I could ever be a real contender without shoveling out tons of money(which I ended up doing any way to my regret). I derived a lot of enjoyment from DS and due to a somewhat of an addictive personality I played it ALOT. I don't need to list the faults A-Team is guilty of in regards to the fall of DS, that horse has been beaten to death. When I started hearing about DR, my initial response was "Ooh everything will be fair again" I know from reading the forums that I was part of the minority on this topic, but DS had and remains to be losing its luster. I do believe I've been able to enjoy DR's gameplay, albeit much slower than DS's. I say "do believe", because I'm not entirely sure if it is enjoyment, my addictive personality or just something new to play(time will tell). I'm not to worried about the missing features(trade, gifting, clans, etc.), because I know they will come in the near future. I wasn't there for the launch of DS, so I don't know if all of those features were already active. So far my biggest complaint(which has been temporarily rectified) with DR was the level cap at 50(now 60). DR feels more like an RPG to me than DS and I've been a fan of RPGs since I was a kid. A few things I like(leaving out that which has already been mentioned) are 1) Boss fights are worth doing and some even require a little thought 2) Spending 5 Energy(on a quest) does not mean you get  5(or 6) experience in return and 3) sacrificing a monster that has "Skill Name Here" (5) into another with the same skill may net you more than just one skill increase. The first two points help break up the monotony of just tapping on screen of your phone repeatedly(in the same spot no less). The third point is just a nice touch.