What to keep and what to get rid of?

What to keep and what to get rid of?

I'm pretty new to game and don't know many things. I'm Sin and was planing to get an Impulse Winged Brutes for 5x Combo (because I already had 2 Brutes (one of them Winged) and later got one more winged brute) until I found a topic on this forum where was said that it's better to get winged demons or wyrms not brutes because of Agility. So now I'm confused and don't know what to do

Currently I have 3x combo formation (All A+ 29lvl impulses)

I also have lots of other monsters and do not know what to do with them. Keep or sell (and for what price)?

So when you see my all monsters, can you give me some tips on what should I do with my formation and with other monsters which I do not need (or I need them?). How many EP I could get for them? Do people sacrifice A monsters in order to get stacks or raise skill level or only B, B+ are used for skill raising?

first off, let me say that for impulse players trying to get a 5x combo, particularly with winged combo, is waay overrated. sure, 5x gives your monsters unparalleled atk, but sadly insane attack is useless if you don't get a chance to actually hit anything. at the A+ level, this game is ruled by "the way of the fist": "strike first, strike hard, no mercy!"

to that effect, there are 3 skills that every A+ formation needs to have to achieve maximum power, though some are much more important than others. those 3, in order of most important to least important, are:

agility. it makes your monster faster, allowing them to attack even before AA+ monsters when you have enough agility.

increase party attack(ipa). this directly raises your already high attack even further, and is a good way to counter the effects of decrease enemy attack(dea) when the enemy uses it on you. more attack=more damage penetrates the enemy's defense=faster killing.

decrease enemy defense(ded). so your attack has been increased as high as it will go, is there some other way to increase your damage output? yes there is. ded allows you to lower the enemy's defense, allowing even more damage to get through than ipa alone gives you.

now some agility forms may lack a monster of the same species and guild with either ipa or ded. in that case, guild down monsters are your friend, if they're available. yes, raising guild down is not cheap, as those skills are somewhat hard to find, but they can still help you make up for lacking ipa and/or ded.

apart from those three skills, other skills in the formation are up to the player to choose. best possible ones, if there is a monster with good attack that has them, are decrease enemy attack(dea) and increase party defense(ipd).


for the best viable forms of A+ impulse, check out the formation guide in my signature. some of it is a little out of date, but it should give you some idea on what works and what doesn't.


as far as building skill stacks is concerned, whether you use As as sacrifices for making stacks depends on the As in question. some As are just not really useful in a current agility formation and are quite easy to get. those are usually considered worthless and therefore are traded only for their skill, and are considered no great loss if sacrificed to a skill stack. some examples include uncouth child, elf commander, naga, jade rhinoceros beetle, blood blob, serpent demon, hell scythe mantis, cruel black wings, scorn black wings, and hell hammer spider from the list you have up there.

examples of As that are actually worth something other than just their skill would include child of pit, white winged elite, and nidhogg from the list you have there, though only when evolved and maxed, with a fairly high level skill.
~~~~~~~~~~~~~~~~~~~~~~~~ 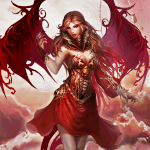 Looks like I must drop an idea about brutes and make some other formation. So if someday I will want to get the best sin team as you wrote in your guide, I should start collecting Demons now? Or wyrms first because my Child of Pit is only A and Nidhogg is A+?

And what about these monsters with absolutely worthless skills like Venomous Breath, Slumbering Breath and Preemptive Strike? A and B type. No one will buy them right? So sell for gold or sacrifice to some other monster?

Also what to do with AA from event and monsters without skills like Lord of Gluttony?

As a newer player at low level, there are still some opportunities to profit from the monsters Armitaage called "worthless", if you're patient. For example, Serpent Demon has DEA and 18bp, so while it's no Cannonfire or even a Bloodfest, it could be a nice filler for a starter demon team. Sear Djin can go for a few ep when max skilled and levelled. And you can use them for trade bait too -- I just traded a Scorn Black Wings+ and Cruel Black Wings+ for a Nidhogg (Agi), Bayard (Agi), Ring Dragon (DEA), and two others.

You can start collecting demons now. You have Sear Djinn, Child of Pit, Serpent Demon, and Lord of Gluttony. Pick up a Beelzebub (or summon one) and make a 71 bp 3x combo team. It will be strong enough until you can replace members with the high level ones. And there's no reason you can't work on wyrms as well. You can trade the coverts and psychos for comparable wyrms. With the new formation changes, you can build the teams side-by-side and easily figure out which one you want to use.

As for Venom, Slum, and PreStrike, you may be able to find someone to buy skill stacks of those. Venom in particular gets some respect as a useful skill when maxed. Just don't expect to get rich from them -- maybe 3 stacks for 1 ep. That said, when you're starting out, ep are at a premium, so do whatever you can to get them (and don't use them!).

You don't have to drop your plan for brutes either. 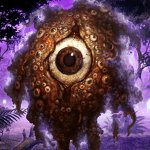